In this article, we will present you with the confirmed dates of upcoming Bollywood Films in 2021.

Due to the pandemic, Bollywood is in huge losses from April 2020 due to theatres being closed. Some films were released on OTT platforms but some waited for theatrical release.

As the Central Government has now given permission for 100% occupancy in theatres, big Bollywood films will be releasing soon from March 2021.

Let’s check the list of Upcoming Bollywood Films in 2021:

In the event that you missed an action-packed hardcore Bollywood gangster film, Mumbai Saga should work well for you. Chasing sequences, seeti-maar dialogues that will get you out of your seat. Also, Emraan Hashmi as a Cop and John Abraham playing the character similar to Manya Surve will keep you entertained. The film will be releasing on 19th March 2021.

Akshay Kumar entering the cop universe of Rohit Shetty which features Singham and Simmba. This much-awaited film was supposed to release in March last year. Directed by Rohit Shetty, the film will be releasing on April 2, 2021, according to some reports.

After the film exhibitors and distributors asked Salman Khan to go for a theatrical release rather than OTT, Khan booked Eid for Radhe: Your Most Wanted Bhai. This move is done to revive the single screen cinemas after losses due to a pandemic situation. Directed by Prabhu Deva, starring Salman Khan and Randeep Hooda film is all set to release on Eid 2021. The film also stars Jackie Shroff and Disha Patani.

This Akshay Kumar starrer will release on May 28th this year. This movie is the first Indian feature film to be completely shot and completed in the pandemic era. While Bell Bottom will be the second film releasing after Sooryanvanshi, Akshay is all set to storm box office this year too.

See you in cinemas this EID on 14th May 2021 pic.twitter.com/iFSMq9qMrS

John Abraham starrer will release on Eid 2021 clashing with Salman Khan’s Radhe. John Abraham will be seen with Divya Khosla Kumar in this second instalment of his hit film Satyamev Jayate released in 2018.

This is the sequel to the 2005 hit film Bunty Aur Babli starring Rani Mukherjee, Saif Ali Khan, Siddhant Chaturvedi and Sharvari Wagh. This much-awaited sequel will be releasing on 23rd April 2021. With its interesting star cast, it will be a treat for viewers to watch this film and experience nostalgia watching the thug couple.

After the successful Kabir Singh, Shahid Kapoor will be starring in this official remake of the Telugu hit film Jersey starring Nani. This will be cricket centric film, with Shahid Kapoor and Mrunal Thakur playing the leads. The film is directed by Gowtam Tinnanauri who also directed the original film, also this is Shahid Kapoor’s first Diwali release in his career.

Some other keenly awaited films releasing this year: 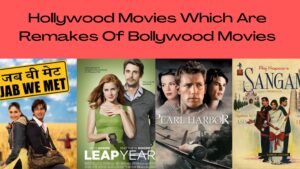 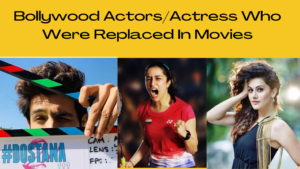 Bollywood Actors Who Were Replaced In Movies 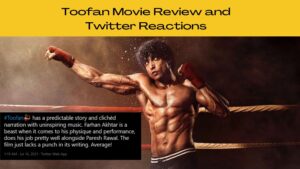 Toofan Movie Review and Twitter Reactions: Check out how Twitteratis are reacting to this Sports Drama! 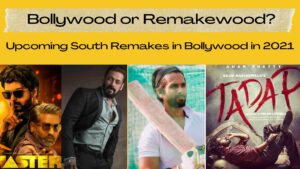 Upcoming South Remakes in Bollywood in 2021: Bollywood or Remakewood? 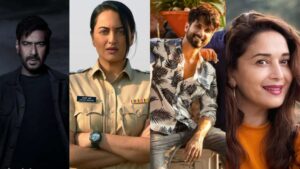 From Shahid Kapoor to Ajay Devgn: Bollywood Stars OTT Debut We Will See In 2021

The Family Man Season 2 Review: Check out how Twitteratis are reacting to this most awaited web series of the year!